Discord as a communication tool for DEV teams 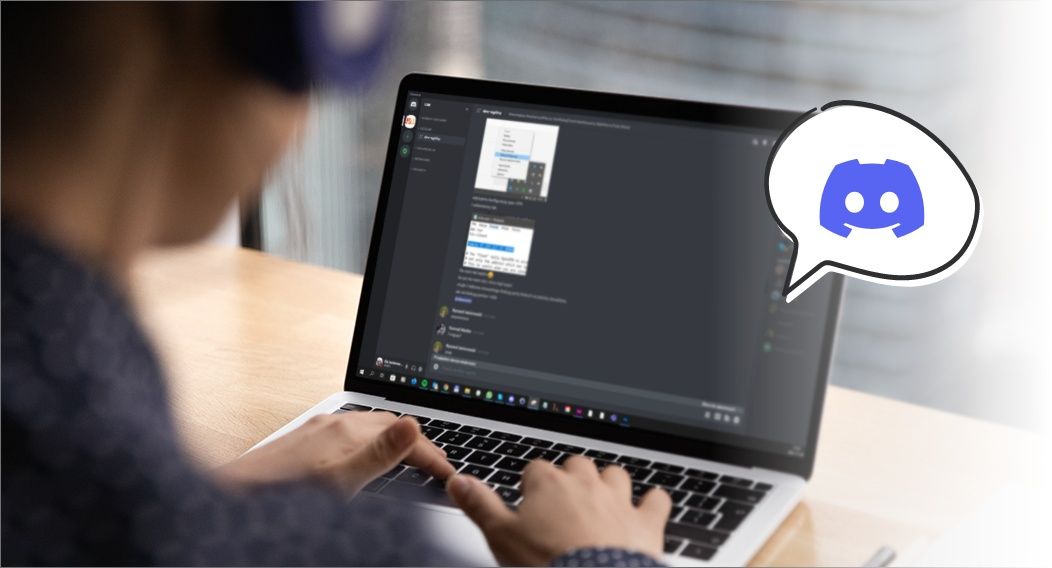 Discord - what is it and for whom?

Discord allows friends to communicate directly via voice, video, or text, as well as joining servers where larger communities can interact with each other. It is a communication tool that first took the hearts of players around the world by storm, and as a consequence of the development of ordinary users looking for a communication tool. Its simplicity and ease of use meant that it quickly spread to many devices and, gaining nearly a quarter of a billion regular users, has become an important part of the Internet market. This undoubted success caught the attention of Microsoft, which recently tried to buy it for an astronomical amount of $ 10 billion.

What made it popular? This was due to several aspects, which can be mentioned: ease of configuration and free of charge, availability on a wide range of devices and the possibility of easy integration with other applications. All this makes discord, apart from the main goal of creating space for players, also works great as a communication tool for the development team. This is what we want to explain in a few words.

The projects are finally in order

So far, our main communication platform has been Skype. Despite its advantages, at some point it became impossible to act within it.

TWhat we gained by switching to discord is the ability to organize all our projects into an organized structure in which each project has its own history of conversations and appropriate access to it. Based on the Discord nomenclature, we have a dedicated group called projects in which each of our applications is a channel with a corresponding name. Thanks to this, we are able to easily and quickly find possible actions that have recently taken place in the project, arrangements or information about the upcoming update of the production version.

Thanks to the voice channels, we can easily organize stand-ups. This is especially useful in a pandemic atmosphere today. However, part of our team worked remotely already in the pre-pandemic times, and even then the discord in the field of audio-video calls was excellent. Voice calls are also of great importance in direct calls. It is not uncommon for two developers to efficiently exchange a few comments. The ability to share the screen and clear doubts is undoubtedly a tool that makes work easier. If they only used the text channel, it would take much longer.

An important aspect of support in the work of developers is the ability to integrate Discord with other tools. What exactly are we talking about? When the developer in the version control system makes a pull request to the main repository on a dedicated channel, information about it appears along with the commits listed and a link to the appropriate pull request. It is then easy for a code review or a quick overview of what will just appear in the repository. The situation is similar in the case of CI / CD, where we use TeamCity for these purposes. When the build of our project takes place, we receive information about its commencement, and also about its success or not. Thanks to this, we are able to keep up to date with what is happening in our projects in a way that does not involve too much time.

In addition to integration with other applications, discord allows you to use your own api and write dedicated bots that can not only facilitate our work, but also make our time more enjoyable. The scope of their operation is very wide and involves both reacting to the messages we send and what is happening in external applications. We will discuss this topic in more detail in the next article.

Working time, apart from intensive work on the code, also means the possibility of team integration and temporary mental rest during which you can laugh and discuss. This is facilitated by the built-in discord mechanisms, which allow you to easily search for situational GIFs or appropriate emojis. It should be noted here that it is also possible to upload your own emojis, which reflect the team's sense of humor and reflect the emotions of a given situation at the right moment.

A few words about security, which is especially important when talking about company projects. On the discord server, we have roles that allow you to restrict access to a part of the server. This is especially important when one of your co-workers leaves. By removing his powers, we are able to quickly deprive him of access to key information that should be out of his sight. The same is true for new users on the server. First of all, we are able to prevent inviting new people to the server by disabling the invitation system. However, in the event that we forget about it or it would happen as a result of other actions, we are still able to limit the visibility of key information using the rank system. The administration of the discord server gives us a detailed insight into the actions taken by users, which means that any undesirable effect will not escape our eyes.

A few words about the disadvantages

In this delightful text, however, you cannot ignore the disadvantages that may be an obstacle for many teams from getting involved in placing their communication on discord. What needs to be said first of all is the fact that online players are the main target of Discord. The development of the application, as well as its specificity aimed at the younger generation, may not always suit all team members. You should also remember that despite the fact that Discord is free, it has its limitations in the basic version. They are related not only to the quality of audio calls, limitation of emoji, but also to the size of files that can be sent. If we are faced with the necessity to send larger files then we have to look for alternatives. The solution to this problem is, of course, to buy the premium version, which is called nitro in discord, but this can be a blockage for many teams.

Discord has made some of our work easier. It has enabled us to organize projects and discussions about them in a systematic way that allows direct and easy access. Social aspects, whose element is discord, are also an important part of our work, which allows you to de-stress and integrate during it. All the above-mentioned elements make the discord accompany us in our daily work and significantly facilitate it. Think about it and try to use it too.

Protection of sensitive data during serialization

A local GitLab installation as good alternative to GitHub?